Have you seen or heard about Goldie Blox?

Goldie Blox is a game designed by an engineering student at Stanford, Debbie Sterling, to get girls building. You can see her explain why she created Goldie Blox below.

I bought one before they were even made when it was just a Kickstarter project. I’ve been saving it for Aellyn’s 5th birthday (this February!).

I recently had a conversation with a friend about Goldie Blox. As a mother of sons, she didn’t see the point of “girl” toys and stated she’d rather just buy gender neutral.

I realized, as the author of a book called “Gender Neutral” parenting, it might sound like something I’d say. That buying a “girls only” toy is sexist and teaches kids the wrong thing.

Here’s why I think Goldie Blox is a better idea than gender neutral;

As I mention in the book, I do prefer the non-pink version of things because just slapping pink on a toy and calling it “girl” is insulting to girls (and boys). However, that is not the primary aim of GNP toy purchasing. The primary purpose is to breakdown gender stereotypes (cooking is for girls, cars are for boys) and compensate for possible, implicit bias in both genders.

2. STEM is an area of strong implicit (and explicit) bias for girls.

STEM – science, technology, engineering, and medicine – is comprised of only 11% females. There is a clear social bias at work that makes excelling at these fields difficult for girls.

There are many problems at play here but one is the genderization of toys. Building toys are primarily the realm of boys. If you go to a toy store they will be in the “blue” aisle.

This morning I did an Amazon search for “engineering toys” — it was wonderful to see Goldie Blox in the #1 slot! Most, however, are clearly marketed to boys:

You can say “those aren’t boy toys, they are gender neutral! I’d just buy them for my girls!” and you’d be right to an extent. Those toys are perfectly fine for girls or boys. We don’t need to pay attention to the marketing of stores that say this is boys and this is girls.

However, if you live in the real world with real kids, the kids are going to know what boy toys and girl toys are. Ask the average 2nd grade boy to play with a doll and see what he says!

When the social cues our kids learn – even if they aren’t from us – strongly gender something it  becomes necessary to compensate in some way.

For example, one area where boys are disadvantaged is in reading and writing. The idea of a diary or journal is very popular for girls but rarely marketed for boys. In this case I would try something like this boy-centric journal to get my sons writing.

If my girls are going to be turned off by engineering toys they deem “boy toys,” then buying one designed to appeal to girls is a great idea.

So, let’s look at the prevailing thought for making engineering toys appeal to girls.

If you have a girl who likes pink this *might* work but the vast majority of girls aren’t going to be fooled by a change in color (I am all for buying the pink ones if your child *wants* it). Worse, many kids are just insulted! As if we are all saying, “if only there were more PINK, I’d love to be a scientist!”

You can’t dip something in pink and say you are appealing to girls. It is insulting and does little to change the gap in female STEM careers.

4. Completely neutral sexism is like completely colorblind racism – it isn’t.

If you are involved in racial justice you’ll know that “colorblind” is the new racist mantra. It often goes hand-in-hand with the concept of “reverse racism.”

In a world with complete equality – where people of all colors have completely equal opportunity – then maybe race won’t be an issue. We don’t live in that world so to deny race is really to back the status quo, that is, white privilege and non-white oppression. Part of leveling the playing field to reduce inequality is about compensating for racism not ignoring it[1. Speaking of racism - the original Goldie Blox game was very white-centric. The newer game improves slightly in having a person of color featured.].

The same goes for gender. If we say anything “for girls” is sexist and we should just ignore gender then we are strengthening the sexist status quo. There is a clear inequality in STEM for girls. Part of leveling the playing field is to have programs that encourage girls in these areas (and it is important to encourage boys in areas where they are disadvantaged too).

A girl-centric toy for engineering is warranted by the documented inequality in the field.

But it’s sexist against boys! I’ve heard that “my son would love it, but…” the “but” being that he doesn’t want to play with a pink toy. Why is that? Because pink is for girls and being a girl is less valued than being a boy?

Maybe it would do our sons good to play with pink? Maybe boys would benefit from the storytelling side of Goldie Blox? I agree. Someone should start a kickstarter project to add verbal, storytelling, and nurturing themes into “boy toys.” That doesn’t make Goldie Blox sexist against boys.

On the surface, a pink toy annoys me. I don’t really like pastel colors in general and I find it insulting that girl things are all a range of pink and lavender. However, that isn’t the sum of a whole toy.

Goldie Blox was created after researching how girls play. Girls are verbal and like storytelling (whether that is biological or just socially reinforced is irrelevant as long as it just IS). What Goldie Blox does is take that concept and make a story-led, girl-centric game that uses engineering skills.

Do I wish it weren’t pastel (it is mostly blue)? Maybe. I don’t personally like the colors but, once again, Goldie Blox used research to find colors that would appeal to the most girls. If making it baby blue and pink helps more girls be exposed to it then I’m all for it.

Someday we won’t need gendered toys. Today is not that day.

What do you think of Goldie Blox?

This post contains affiliate links. When you buy products from these links you support the work of Parenting Gently with no additional cost to you. Thanks!

Paige Lucas-Stannard is a Parenting Educator and Founder of Parenting Gently where she offers parenting classes and coaching to progressive parents. She’s a former NASA research librarian happy to be home raising her 3 IVF babies after nearly a decade of infertility. She likes to cook and sew and has, in general, become her mother. Happily. Follow her on Twitter @parentinggently

Parenting isn't one-size-fits-all. Your best parenting is parenting that comes from knowing your values and learning to apply them to the daily tasks of parenting. We can help with that! 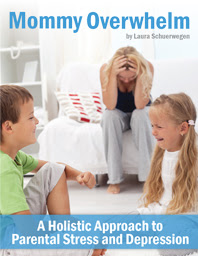 We will send you weekly inspiration and ideas to support your gentle parenting journey!

Maximum of 3 emails per week (normal frequency will be one per week) and we NEVER give your email to anyone else. Ever. Read our Privacy Policy
x